INTRODUCING: YVONNE DAVIES:
“I have been appointed by LJHA to review their approach to communication, feedback and resident involvement. I was appointed under competitive tender, due to my experience and passion for promoting resident involvement and resident influence in decision making. I have worked in housing for 37 years, with roles as Rent Collector, Tenant Involvement and Cooperative Development, Housing Officer/Manager, Neighbourhood Manager and Managing Director in Councils and Housing Associations in the Midlands and North.

Prior to becoming a consultant in 2011, I was Head of Housing and Economic Development for the Audit Commission’s Housing Inspectorate for the North of England for 5 years. Most of the work I do is supporting improvements in listening to and engaging residents and supporting residents and Boards to scrutinise.

So far, I have met a number of residents and staff over 4 days in August and September. I have carried out a confidential survey of resident views which has just closed and I am reviewing those results.

All of this was aimed at discovering what worked well and what needed improving, leading to a new way of working and resourcing resident involvement and a new resident involvement strategy. Thanks to everyone that contributed so far, I have picked up what is working, what is not working and had some great ideas on designing new services from residents and staff. I have also reviewed best practice in other organisations of a similar size and nature to LJHA, some of which are market leaders in engagement and I thought I should let you know my next steps.

I will be coming back to meet residents on 27th November. Watch this space for an invitation to the meetings to hear my findings and my recommendations to LJHA Board. This meeting will be a final round of consultation on my ideas for a new way of focussed working on communication, feedback and resident involvement at LJHA. It would be wonderful if you could get involved and spend the time coming in to hear and feed into this last stage in the process.

The Board will consider my recommendations and comments from residents on 16th December 2019. After the Board has considered my recommendations, I will develop a plan for delivery of the strategy from April 2020, with LJHA rolling this out gradually with my support between January and March 2020.

I have been contracted to help LJHA to deliver the strategy and support/train/handhold LJHA staff to deliver this new way of working until it is embedded.

We will be shaping this roll out with resident volunteers, 19 residents put their name forward to get more engaged in this process as part of the survey.

If you would like to volunteer to be part of this change, please contact Zak Warren on 0113 320 7777 or info@ljha.co.uk who will record your interest and I will be in touch in the new year to enlist your support. Thank you to everyone for your support so far, I look forward to working with you again.” 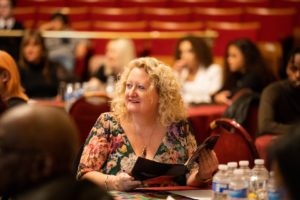 Following on from the success of the recent Sheltered Village Open Day, Leeds Jewish Housing... more